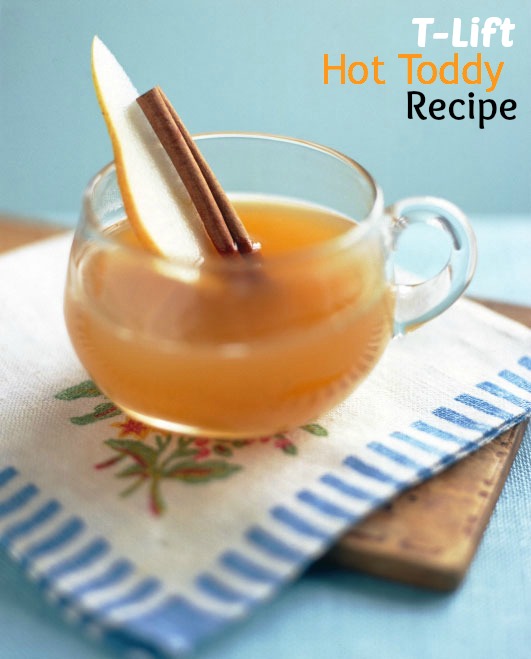 Fill a coffee mug with the hot apple cider and add the Spiced Pear Infusion. Garnish with a cinnamon stick and pear slice.

This infusion can be used in a variety of rum drinks, both hot and cold, or served with just a simple mixer like ginger ale or juice.

To roast the pears, core and halve them and wrap them in aluminum foil. Roast in a preheated 350 F oven for about 25 minutes, or until the pears start to soften and sweat. When cool enough to handle, cut into slices.
In a clean, dry jar, combine the sliced roasted pars and the remaining ingredients. Let sit for at least 48 hours. If a stronger pear flavor is desired, let sit for another 48 hours. Strain and bottle.

Recipe by Kim Haasarud from the Apres Ski Cocktail Classic.

Previous Post: « Looking for Comfortable, Fashionable Shoes? Reef Has it All
Next Post: Casual Look with Kohl’s Rock & Republic Jeans »