About 4 years ago I blogged about an Unlikey Memorial which was in the form of an aloe plant that I bought as a memorial my late stepfather. 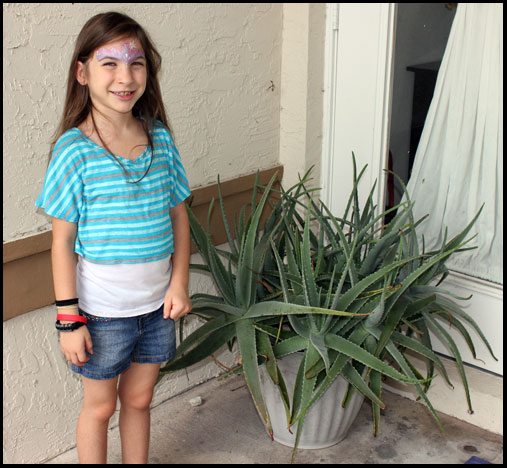 You can tell by the size of my daughter if you are a loyal reader that this photo was taken a while ago. This aloe plant started out in a small little pot with three aloe leaves in 2010. 2 1/4 years later it had grown to the size in the photo above. I thought at the time that it was huge. The planter was very heavy and I often pulled out from the patio to get some water.

Now that we are no longer renting and are in our own home I decided it was time to give my memorial aloe a place to live permanently. Let me tell you it was a chore. The plant was so heavy trying to get it out of the pot and into the ground was arduous. I planted it in the corner of my patio, that was nothing but rocks before. I noticed today that it was needed a little water and some new leaves were sprouting so I took a new photo. 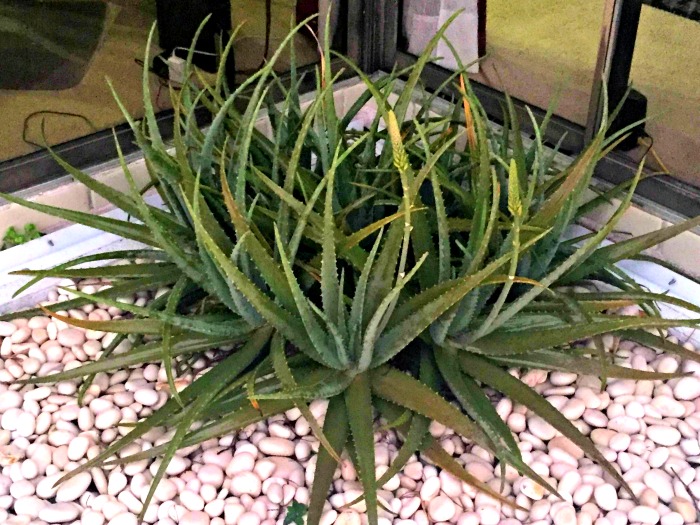 Since I do not have a green thumb I’m so glad that I basically don’t have to do a thing to keep this plant alive. I only have to water it when we go through a dry spell. I love to see how it is growing! It is a constant reminder of step father and makes me smile that it now has a permanent home.

Do  you have anything similar to my aloe plant that reminds you of a loved one?