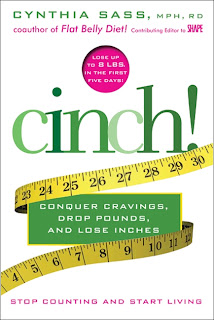 Thanks for following me on my trial of Cinch! by Cynthia Sass. I’m currently working at getting through the 5-Day Fast Forward Program that says you can loss up to 8 lbs in the first week. If you would like to see my starting figures you can check them out here in my Cinch! Begins ~ Starting Figures post.
For breakfast I had the Scramble which includes 4 of the 5 foods you are allowed, eggs, spinach, raspberries, and almonds. The spinach really over powers the egg so I think tomorrow I may just cook up some spinach with vinegar and eat the egg separately. I’m having a problem that I’m trying to figure out right now with the raspberries. I purchased frozen Publix brand raspberries and they were HORRIBLE! They had a strange taste and strange smell. So I took them back to Publix (the cashier was extremely nice and refunded me each bag including the one I had already eaten) and I purchased a different brand and some fresh berries as well just in case. The new bag (different brand) smelled the same, I refused to taste them and chucked them. 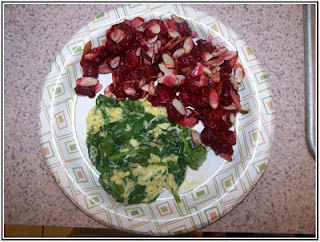 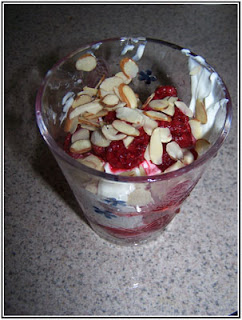 For dinner I had a salad, definitely the best meal of the day, includes spinach, egg, almonds, and balsamic vinegar. I decided to have the raspberries on the side (fresh this time). 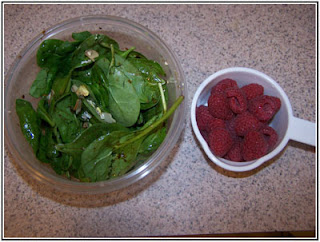 This is my snack which was tough to fit in with the time schedule you are suppose to stay on. I didn’t eat breakfast until 10:30 so I was really pressed to keep things in line which is no less then 3 hours between meals and no more then 5. This includes yogurt, raspberries, almond butter, and cinnamon, much better then the parfait, could be because of the raspberries 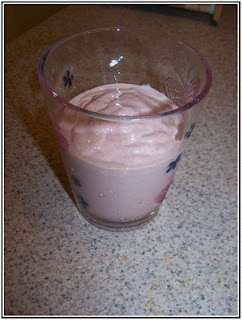 Food: The meals for me were tough to eat, however I can not evaluate that to the fullest since the raspberries were really as bad as I said. I plan on changing how things are cooked to appeal to my appetite more.

Mood: I was in a decent mood yesterday. I did get a little moody between lunch and dinner because I became hungry well before it was time to eat. However to combat this I went out for a run which was AWESOME and I will post more on that later.

Physically: I actually felt less bloated by the evening. I could really tell a difference in my stomach, and after my run I felt very energized.

Here is my daily weigh in. I want to weigh for you daily through this trial so you can see how it all pans out as most of us know the first pounds are usually water. Of course by the looks of this weight I had A LOT of excess water I was holding on to. Trust me it all came out yesterday, I think I tripled my time in the bathroom. 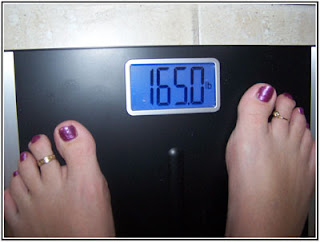 Just remember this large weight loss of 4 lbs in one day is due to my body ridding itself of the excess water I had been retaining.

Disclaimer: I am not a health professional or licensed in anyway. This post is of my own opinion of my own experience. As with any diet or exercise program you should always consultant your doctor.