Believe it or not we actual do ice skate here in South Florida. The ice rink isn’t outside because if it was it would be a pond not an ice rink. Especially when it is the end of December and your temperatures for the week look like this! 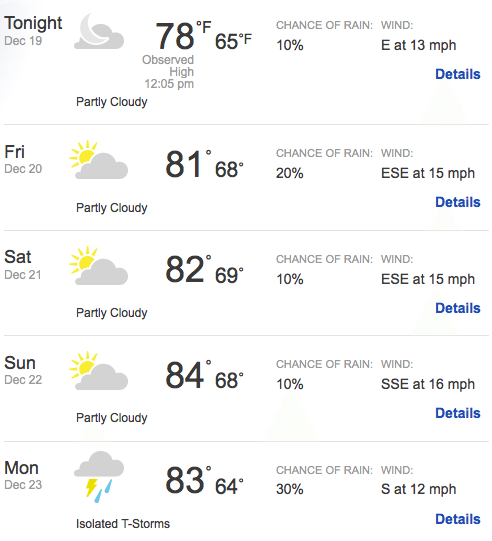 Today I was sitting in my car having a phone conversation, (don’t laugh it was a private call and I work in a cubicle). I got to the point where I had to turn on the car and put the air on. So when it comes to enjoying the winter Olympics we have to be a little creative. No snowball fights, snowmen building, or skiing down a mountain. Though you can build a snowman in South Florida if you would like… 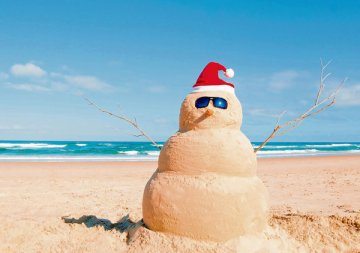 Instead of decking out in our long coats, scarves, mittens, and boots we throw on a tank top, skit, and boots (yes we still where boots in Florida). Then we through a Winter Olympic party with everything we need to enjoy a winter wonderland in 80 degree wither. Some fun Olympic themed decorations, a cake, and fun games like the Olympic ring toss. You don’t need snow and cold to get ready for the upcoming games. You just need a little creativity, fun, and a great Winter Olympic Pinterest Board to get you started.

The family and I are excited about the 2014 Winter Olympics. I think the boys prefer the Winter to the Summer. They enjoy the snowboarding the best. They all say that one day they would love to see snow. Only my oldest (who is 16) had seen it, but doesn’t remember. To be fair he was only 3 months old when we left Virginia and relocated to Georgia.

Stay tuned in the upcoming weeks for our own Olympic themed outing and a fun Winter Olympics giveaway! For the first time ever, the 2014 Winter Olympics will kick-off February 6th on NBC, one night before the opening ceremonies, featuring new Olympic sport Snowboard Slopestyle! You can link to http://www.nbcolympics.com/.

What are you and your family doing to get ready for the 2014 Olympic Games?

“NBC has asked me to help promote the 2014 Winter Olympics. I am being compensated for my participation in the program but all opinions expressed in the post are my own and not those of NBC.” You may read more of my disclosure here.