Home » Blog » We Can Finally Swim!
Spread the Love

This poor pool has seen it’s share of problems since the previous owner’s vacated the house. When we first looked at the house the pool looked great! However by the end of February the pool no longer resembled a swimming pool but instead a swamp! 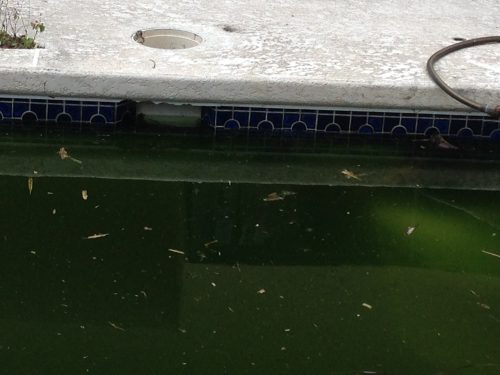 We later found out that the owner had turned off the water and cancelled the pool service. I really wish they would have taken care of it until it officially sold as there was a lot of time and money put into it, to get it back to a healthy state. We thought we were going to get away with just treating it with chemicals according to our pool guy but after a while we realized there was no way around doing an acid wash. An acid wash is when they drain the entire pool and acid wash the bottom and or sides where the algae will not come off and then fill it back up. So Monday the pool was drained. 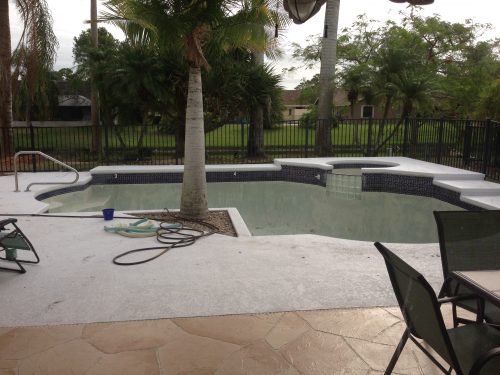 We encountered additional problems when it was being drained but thankfully the solution was just adding some new valves (that we will be doing at a later date). The pool was acid washed on Tuesday but then it turned out the new drain plates that were purchased (we wanted anti hair and drain covers that were going to be safe) did not fit properly so we had to wait until Wednesday to start filling the pool. It took a good 18-19 hours to fill the pool. Today we came home to a beautiful site! 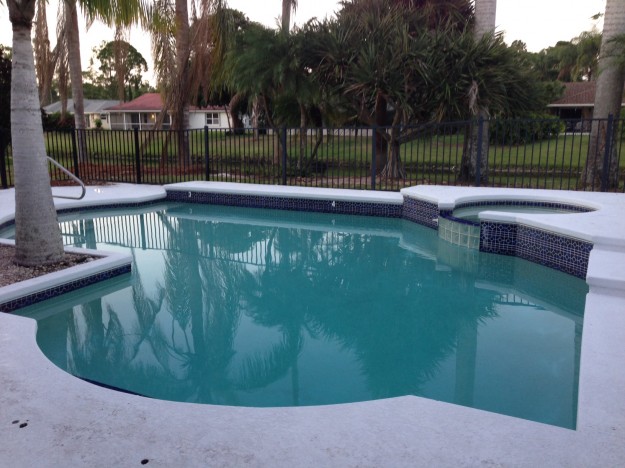 Finally we have a clear pool with no algae! My husband and the kids took an evening dip to christen it! It is going to be a nice summer. Now if I can just finish getting everything out of the old house and everything unpacked in our new home!