You know when you visit a certain family member or a friend, you can always count on them having something specific in their fridge? Depending on the time of year, I could always count on my grandma having homemade cookies, jams, and pickled green beans. My Aunt always has a pot of coffee ready for anybody that stops by and I have a friend that makes lemonade year-round. In my fridge, you’ll always find iced tea. It’s a favorite of my husband’s. In fact, he’ll often order it above other choices when we’re out to eat. Other than it being a nice, cool drink especially on hot summer days, I’ve never thought a whole lot about iced tea. That being said, I found some very interesting things when it comes to this refreshing beverage. 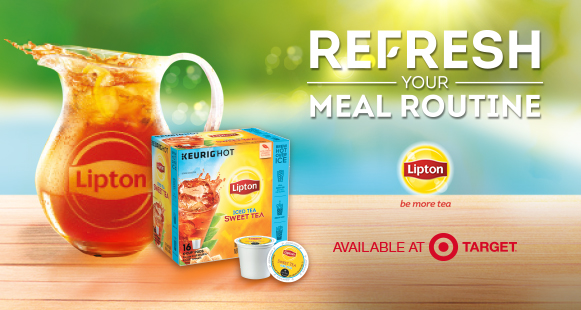 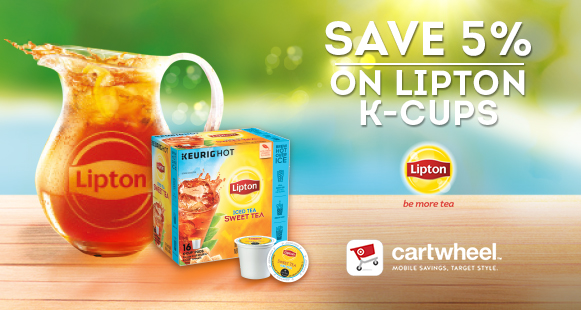 After learning those fun facts, I’m definitely craving a glass of iced tea. This summer, iced tea is easier than ever to make thanks to Lipton K-Cups. Pop your favorite tea k-cup into your Keurig, brew over ice, and enjoy! Take it with you on your way to work, out to a picnic, or make enough to share with family for dinner. However you spend your Tea Moment, make them sweeter with Lipton K-Cups. Between August 16, 2015 and September 9, 2015 – get them at Target for 5% off using the Cartwheel app. Talk about a sweet deal!

Simply retweet the tweet below for a chance to win a $50 Target Giftcard. You can find the official rules here (note the correct twitter account is @shibleysmiles)