If you follow me personally on Facebook you may have known I was in New York this past weekend. Not only to attend BlogHer but to enjoy a family vacation. Traveling with the kids my husband and I made the trek to New York for some family exploring. A couple days in the “Big Apple”, somewhere we had never been. I was a little uneasy about taking one of the major modes of transportation… 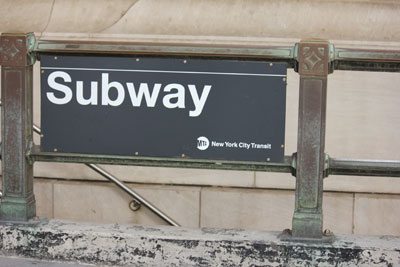 However after we got on at our stop and made it safely to South Ferry I felt much better. It wasn’t nearly as bad as I had feared until… 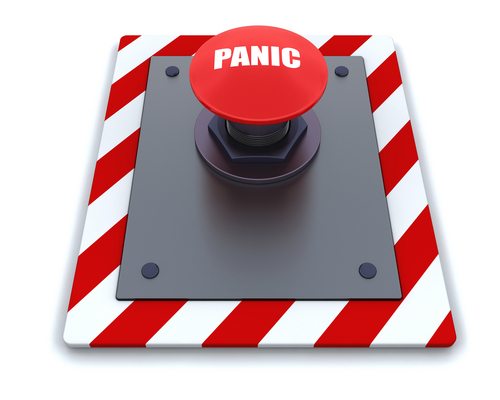 After a day of sight seeing and traveling with kids, visiting The Statue of Liberty, the 911 Memorial, and Wall Street we decided to head back to the hotel. We checked the maps and picked our station and made our way underground. My husband and the boys bounced down the stairs seeing the train approaching. I was following behind with my daughter at the fastest pace possible (she is six and still takes the stairs down one by one, she only bounces UP the stairs). When the train stopped and the doors opened my husband directed my youngest son (12 years old) onto the train. He followed with my oldest son behind. He turned and realized that Honey and I were still getting down the stairs. I think in that moment he realized the train was probably going to leave before we made it.

He had my oldest son get off the train and started to exit himself when the train doors began to close. If you have never been on a subway before the doors are not like elevator doors. They do not spring open when obstructed. My husband was caught in between the doors. In that split second I knew exactly what was going to happen since the doors did not have that safety feature. I wanted to yell at him to get back on the train, but again it was a split second.

As I had predicted in my mind in those split seconds the second my husband got through the doors they slammed shut! 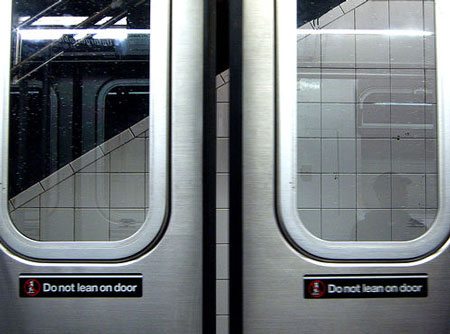 Leaving my youngest son on the train by himself. Can we say “mommy panic” at a major level? I don’t panic often. I’m pretty level headed and usually go into control mode, but I could not think. I ran to the door and pounded on it. My son told me I was yelling at him to open the door (I honestly don’t remember that). I know I was thinking there has to be a safety switch for him to pull to open the door, so I guess I was trying to convey that to him. I ran to the door and yelled a few choice words and was trying to think how to open it, and what to yell to my son if the train took off. My son did not have his cellphone on him so I knew I wouldn’t be able call him. All of this probably happened in less then 10 seconds.

I could not think of what to say to him when thankfully the doors opened. At that point my son had been banging on the door absolutely terrified and I was close to the train trying to figure out how to open the doors. The assumption is the conductor saw me. As soon as the doors opened I pushed my son back into the train and got on. Thankfully my husband and other children followed.

What was worse about this situation is my son knew where we were getting off, on 50th Street. So as I sat their shaking I kept going through the scenario in my head and thinking what would my son have done? I concluded he would have gotten off at our stop. I was thinking this as we passed the 42nd Times Square stop and whizzed right past 50th Street and stopped at 72nd Street. 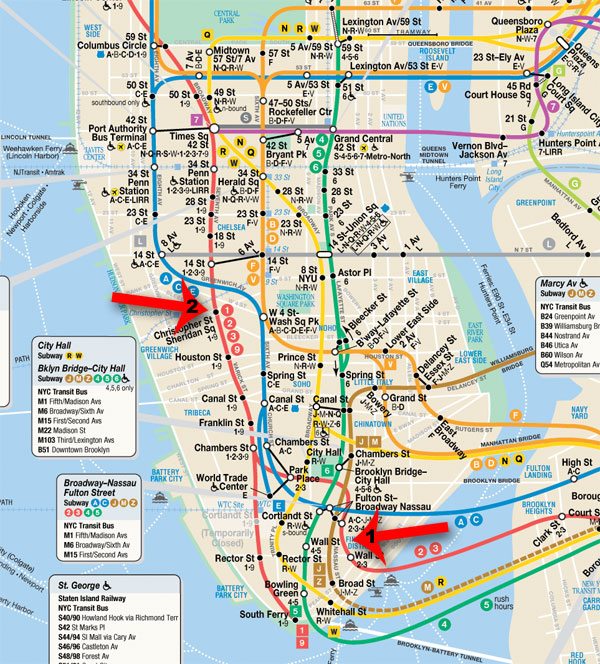 See we took the 3 Redline (arrow 1), and as you can see here it appears to merge into a straight line (arrow 2). So I assumed it would make all those stops, however it turns out only the 1 Redline gets off at 50th Street. So I can only imagine what my son would have done had it passed our stop. At this point it doesn’t really matter, everything turned out ok. However it did make me think that for safety reasons when traveling with kids you really should have had an emergency plan before we leaving the hotel.

Emergency Plan When Traveling With Kids

Trust me, in those split seconds when you realize the situation is out of your control you may not be thinking of what to do. I highly recommend that when traveling with kids you discuss the dangers of the unknown area, and devise an emergency plan. An emergency plan will help give you back a little control should you find your self in a situation such as mine.

Previous Post: « Let Freedom Ring: A Glimpse at the Soul of New York
Next Post: The Personal Side of New York »