You know Chuck E. Cheese’s where a kid can be a kid (or a grown up can be a kid same thing). We had Honey’s birthday party this year at our local Chuck E. Cheese’s back on the 4th. It has taken me a while to get up a proper post because the holidays are swallowing myself and Shibley Smiles alive. I have a hard time saying no. Which means I’m running to events, having fun with the family on the weekends and playing for it at midnight each night when I sit down to crank out some work!

I asked Honey where she wanted to have her party. I’ve officially decided home parties are just not worth the hassle. The cleaning, the clean up, the planning, preparing, and dealing with kids running through the house. Honey said she wanted either Chuck E. Cheese’s or Joey’s Outback. We opted for Chuck E. Cheese’s . I have to say the party was a hit and cost much less then I would have originally thought. I got away with about $240 for my guest and cake. (I did have one free coupon and 4 drink coupons and I’m not counting the $40 bucks I gave my boys for coins). We had 7 kids (plus my 2 boys).

I couldn’t have asked for a better party or better host. Nicole did a great job organizing everything for us, telling us when it was time for food, the ticket blaster, the cake, the pinata, etc. It was so nice to just show up and have everything taken care of. They were great about having me only pay for the kids that made it to the party. I had reserved 8 and in total had 7 so I only had to pay for the seven. I purchased the highest package which game with balloons, goodie bags, souvenir ups, and a pinata full of coins and tickets. The number of coins I got was amazing. I can’t remember how many in total. I think each child started out with 30 or 40 but then I got an extra 100 for booking on a Sunday, 50 for booking online, an extra 30 here and 40 here. 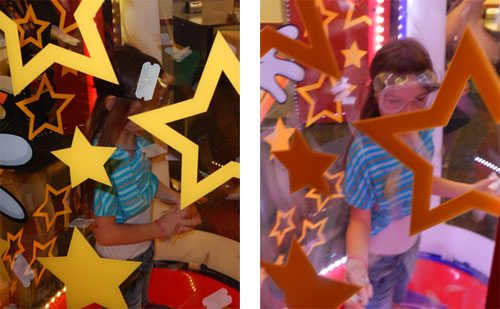 The best part of the day was Honey in the ticket blaster, which is only for the birthday girl. At first when Nicole told her she had to put on the goggles (to protect her eyes) she was like “NO WAY”, not with all her friends watching her. But I was able to talk her into it and she said it was so fun. She ended up with 400 + tickets from the machine.

The kids enjoyed a lot of game playing and I must say so did the adults. Honey was excited when she managed to “pop the balloon” (not sure what the game is called) and won 100 tickets. After the kids finished eating Chuck E. Cheese came out and sang “Happy Birthday” and there was some dancing going on. Honey got to wear a special birthday hat (that she couldn’t wait to take off) 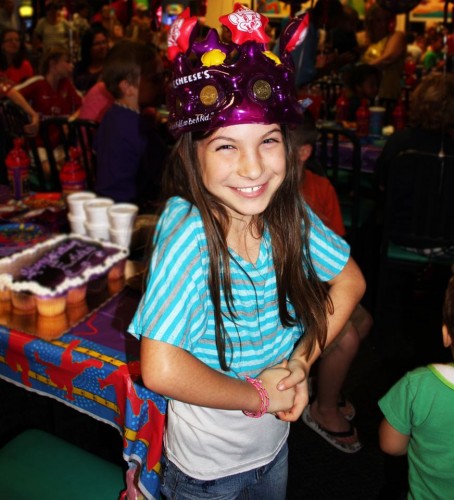 Honey had two birthday caked. Her request was a purple, white, and black cake with the “girly” skulls on it but Publix doesn’t do special order cakes of that nature, so instead she told me to surprise her. I couldn’t find anything that really went with her theme so I surprised her with another love of hers. 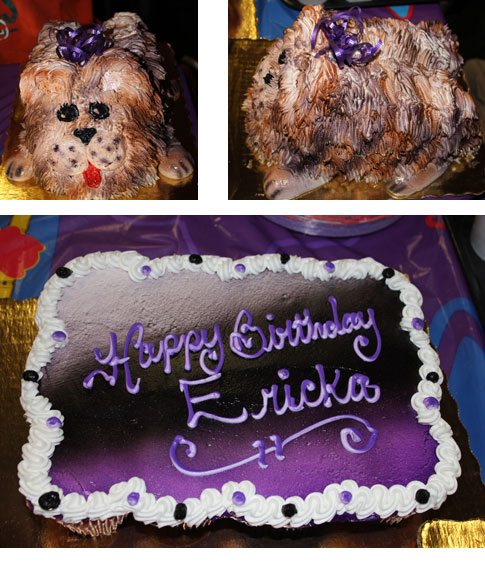 She LOVED the puppy cake. I also purchased a cupcake cake in the colors she wanted because the puppy was only about 8″ (or so they said looked bigger to me). Turns out she told everyone she loved puppies. One of the little boys at her party her “best” boyfriend not her “boyfriend” knew exactly what he wanted to get her, his mom said. She tried to talk him into a gift card but he said NO! He bought her a FurReal Puppy. That was so thoughtful of him (I think he kinda has a thing for Honey, but can you blame him?) 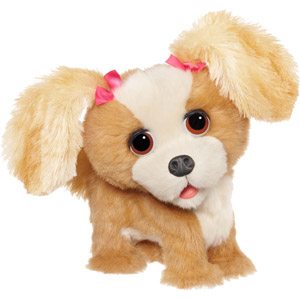 The kids got to eat some pizza, have some puppy cake, enjoy some cool ice cream, scrabble for tickets and coins (from the pinata), dance with Chuck E. Cheese (and the birthday girl) and play some video games…what more can you ask?

I did want to give a big thanks to the  Chuck E. Cheese’s in Boynton Beach and our hostess Nicole. The party was flawless and they did a great job keeping everything in order. I would definitely recommend a party at Chuck E Cheese’s! 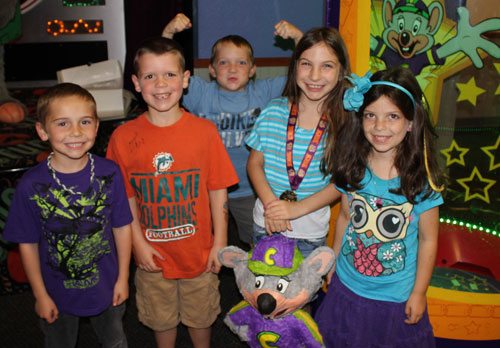