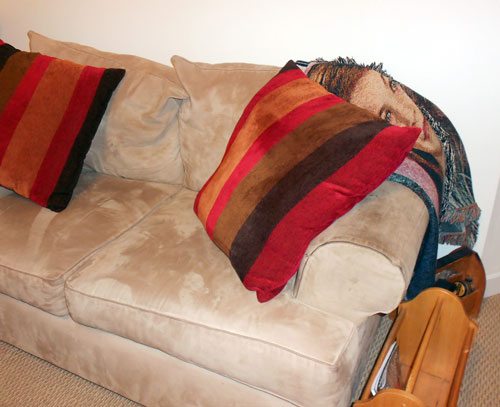 For some reason for the past 6 months the cushions on my sofa began to slip out every time someone sat down. I was constantly pushing them back and fluffy the pillows. I thought at first it was the way the kids throw themselves on the sofa, however I began to notice that even when my husband was sitting down the cushions were slipping forward. Truthfully we need a new sofa, it seems every 5 years I’m saying the same thing. However I really don’t want to spend money on a new sofa/loveseat set just yet.

One day an idea came to mind and I wondered if it would work. I had been trying to figure out away to keep the cushions in place. My first thought was velcro but in order to get it to work properly I would have had to sew one side to the cushion and I really didn’t want to deface my cushions. I will often flip them over after a period of time. Then it came to me and I asked my husband if the non-slip rug pads would work as traction for the cushions. 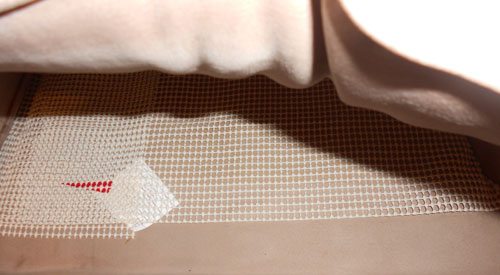 I bought one to try out, no use wasting money on several if they didn’t work. I gave it about a week and was very pleased. I have since purchased a larger one for my sofa and used the one I purchased on my love seat. This is an pretty inexpensive and easy way to fix this particular problem.