A little under a month ago my husband and I purchased our first home together. It was a long road that I hope to be finished with soon. It took us a good three weeks of weekends and week nights to paint the new house. We officially moved in last weekend. It was great having the Toyota Sienna to help us move. We were actually able to move over some things ahead of renting a truck due the space in the Toyota Sienna. Not only can you fold down the back seats but you can also remove the first row of back seats for additional space. 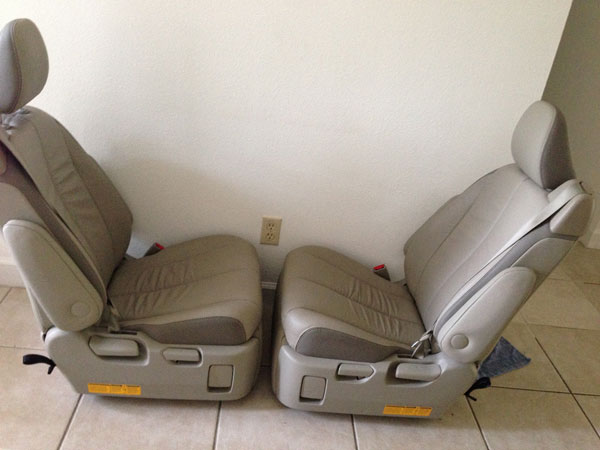 With the seats removed it opens up the space for just about anything. Due to our ceilings coming to a peak at just about 14 feet we found we were in need of a 10 foot ladder. Do you know you can pay $100 for an 8 foot ladder but add two feet and the price jumps to $200? Turns out it is just about 10 feet from the navigation panel to the back of the Sienna. Just enough room to bring home a 10 foot ladder.

What we really used the Toyota Sienna for was moving all the boxes, clothing, and even the kids! 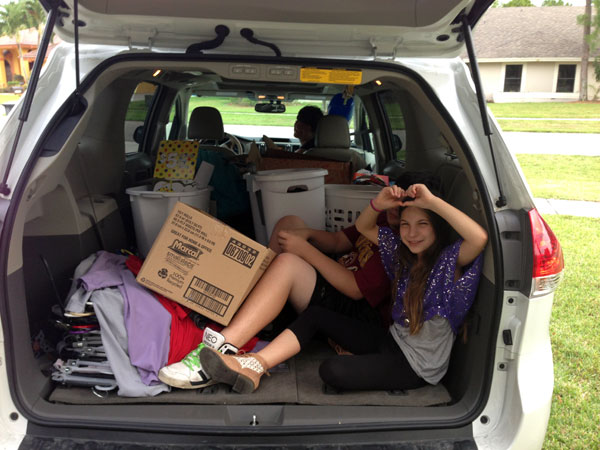 We have moved all our furniture over to the house so the next week we are using the Toyota Sienna to move all the boxes and small items. With the amount of room we are able to move quite a lot at one time.
I also love the little “nook” for groceries. In my large trunk in my car my groceries roll all over the place. The nook (for lack of a better term) in the Toyota Sienna really keeps everything in its place! 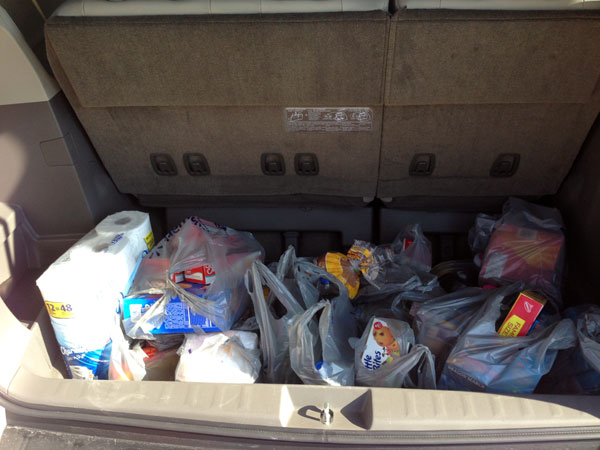 As you can see, so far I’m impressed most with the storage and space of the Toyota Sienna. However these are just some of the unique and fun features. I will be posting in the near future about some of the other items like the technology and entertainment!

I’m totally loving our Toyota Sienna and I’m excited to be part of the #SiennaDiaries team!