Some things fit so well together they’re said to go hand in hand. A few examples would be peanut butter and jelly, or summer and Popsicle®. Popsicles have been cooling people off since 1905 and currently feature 26 varieties of the original. The newest themed products are Marvel’s Avengers and Frozen. Both are sure to be a huge hit with kids everywhere. Who doesn’t love superheroes and Princesses? Something else often paired together are kids and boredom, especially during the warmer months. Having plenty of Popsicles on hand as a cool treat and staving off boredom at the same time ensures YOU get to be the hero this summer. 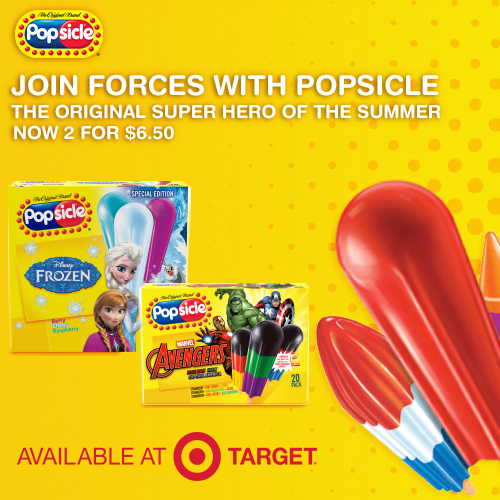 The Special Edition Marvel Avengers and Frozen treats are available at Target and are tasty additions to the Popsicle flavor lineup. The Marvel Avengers are multi-flavored and represent Captain America™, Hulk™ and Iron Man™. The Frozen Popsicles are in flavors such as light blue raspberry for Elsa, rich purple berry for Anna, and icy white Cherry for Olaf the snowman. Each is a tasty way to cool off after a bike ride, playing tag, swimming at the pool or any other fun summer activity. 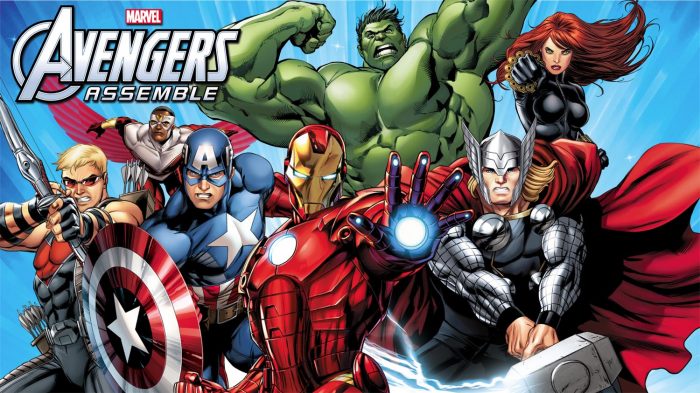 Speaking of activities, what do you do when you hear the dreaded “I’m bored” during the summer? Popsicles sticks make a fantastic addition to any Anti-Boredom Kit. They are incredibly versatile and can be used in so many different arts and crafts. A few of my favorite ideas would be to write down an activity on each and put them in a jar. This could be anything from choice of movie to an impromptu dance party and everything in between. When the troops are bored, have somebody pick a Popsicle stick and have the family join in on the activity listed.

You could also write down things to draw for Pictionary or act out in a game of Charades. Some other anti-boredom necessities could include: sidewalk chalk, coloring books and crayons, bubbles, water balloons and squirt guns, a deck of cards, jigsaw puzzles, paper and pens or pencils, other craft supplies, books on science experiments or magic, and much more!

Be the Super Hero and create your own anti-boredom kit with this $25 Target giveaway. Just enter the twitter giveaway by retweeting the tweet below (or found here:  ). Please see official twitter giveaway rules.

RT for a chance to be the Super Hero this summer and win a $25 Target gift card #PopsicleHero #ssgive17 pic.twitter.com/Ruv1ZHQkyA

What’s your favorite flavor of Popsicle? What would your anti-boredom kit include?