There is always something to do in Florida from the sandy beaches to the amazing amusement parks. If you happen to be in West Palm Beach then you will want to check out these fun events at City Place where there are always amazing things going on for the family or that special date night! 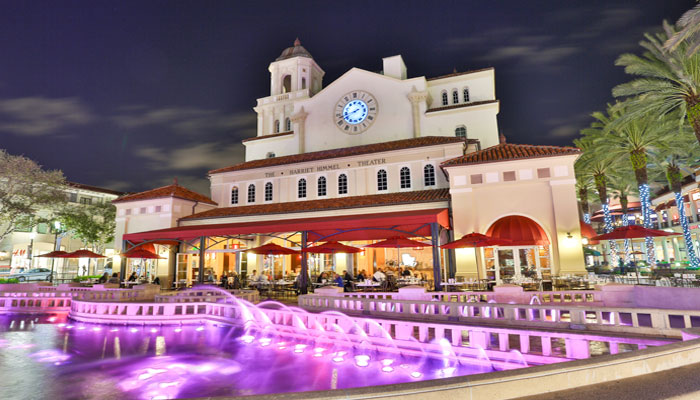 Stand Up Comedy Class: 101 : Join us Monday, August 8 at 7 p.m. for Stand Up Comedy Class: 101 at Palm Beach Improv. Teaches students the fundamentals of writing and performing stand-up comedy – the methods of generating original material using unique aspects of your life, understanding concepts in formulating structured jokes and learning proper stage performance, a fun day of events at City Place.

Godfrey at Palm Beach Improv : Tickets are $20, 18 & over, two drink minimum, all sales are final and show times are subject to change. GODFREY is one of the hottest comedians on the circuit. Growing up in Chicago, he constantly got in trouble for misbehaving and being an all-around class clown. Godfrey’s Nigerian parents unknowingly encouraged his bad behavior by showing him classic comedy films from an early age. While performing impressions of his college football teammates, Godfrey realized his irreverent style of comedy might be more than just a hobby. With his fourth appearance on BET’s Comicview, a guest starring role on 30 ROCK, and his own half-hour special for Comedy Central under his belt, Godfrey is clearly on the verge of super-stardom. For more information, call 561-833-1812.

Anjelah Johnson at Palm Beach Improv (Special Event) : Join us Sunday, August 14 for Anjelah Johnson at Palm Beach Improv. Tickets are $35, 18 & over, two drink minimum, all sales are final and show times are subject to change. Anjelah Johnson-Reyes was born and raised in San Jose, California and is of Mexican and Native American descent. She is one of five children and has a large extended family. Johnson was a professional cheerleader for the Oakland Raiders then moved to Los Angeles to pursue her dream of acting.She became an internet sensation with her viral video “Nail Salon” which led to many stand up and performance opportunities. She then joined the cast of “MADtv”, which spawned another internet sensation “Bon Qui Qui.” For more information on events at City Place, call 561-833-1812.

Previous Post: « Custom Invitations to Fit Any Occasion with Basic Invite
Next Post: Introducing the New Arlo Q the Best in Home Security »