Home » Blog » It’s a Jungle Out There!
Spread the Love

One thing I love about the house we are in right now is the large backyard. It gives my kids and the neighbor kids somewhere to play football, tag, and whatever else their imagination seems to conjure up. Recently we turned our backyard into a jungle hunting safari thanks to Backyard Safari Outfitters. 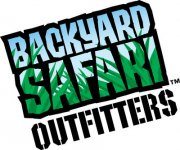 Backyard Safari Outfitters is a line of fun gear to get your children outdoors and excited about exploring nature With all the video games, television, and computer playing a lot of children tend to do it is nice to see a company focus on getting back to nature.

Our Backyard Safari gear arrived one afternoon and the children were excited. While the boys thought it was pretty neat they felt it was more Honey’s thing, however they were excited to play with her. When Nick decided he was going to try to put the Base Camp Field Shelter together himself it didn’t take but a couple of minutes for his pleading brown eyes to reach his father’s heart. With the help of his dad they had the shelter together in no time. 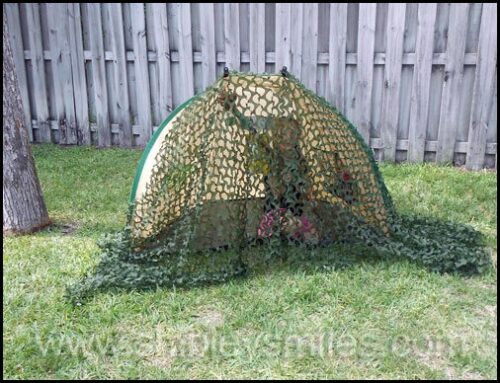 With all the gear we received a 5 by 8 foot camouflage netting that worked great as a door for the shelter. Honey felt that a door was a must have for her shelter. Another neat feature is inside the Base Camp Field Shelter are many pockets to hold your camping and safari gear, such as the Mini Lantern that was a big hit. Honey was so sure that with her lantern she would have no problems spending the night in her shelter. (Don’t fear I did not let my five year old sleep outside) 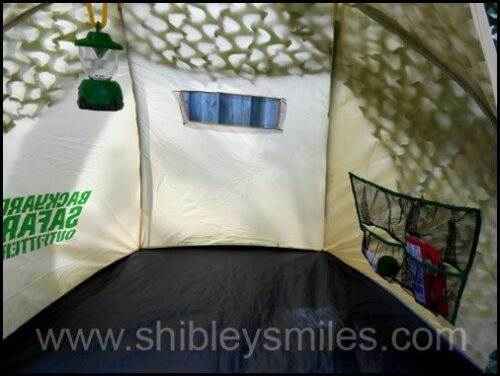 Honey’s favorite part of the gear was the Essential Cargo Vest that is a must have for any Backyard Safari camper. The vest is equipped with plenty of cargo pockets to keep all your camping essentials. The great thing is there is one-size-fits-all adjustable strap on the back so your vest is sure to fit your child. However Honey’s favorite part of the vest is the patches that you collect and then iron on to the vest. Similar to Boy Scout patches.

One of the items we received that came with a patch was the Expedition Two – Hiking Stick. In addition it came with a Expedition Two Pop-Up Field Gide which highlights special missions to complete while you are out on the trial (or even the pretend trail in your back yard). The Bug Wrangler patch game with the Lazer Bug Vac that the boys seemed to think was pretty cool. Boys and there bugs I will never understand the fascination. Of course I can’t say it is just a boy thing because Honey was just excited to find bugs and suck them up. The purpose of the vacuum is to give kids a closer look through a built-in magnifying lens. 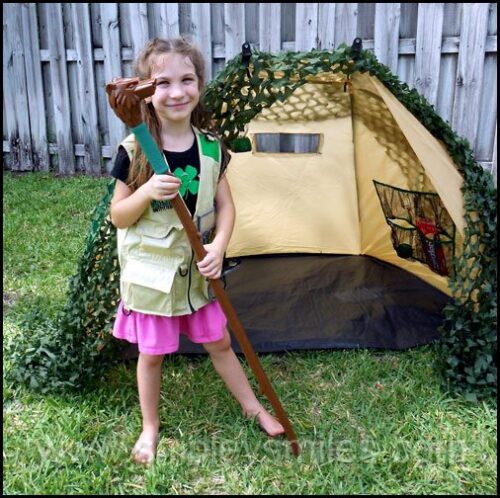 This is just a handful of the Backyard Safari Outfitter’s gear. If you visit their site you will find other neat items such as the Super Reach Grabber, Utility Belt, 6 in 1 Field Tools, and more. Our Base Camp Shelter is a permanent fixture in our backyard none. We placed it under some trees and the shelter actually gives my daughter a little added shade when she is outside reading her books or playing school with her animals.