Home » Travel » The Most Annoying Drivers Are….
Spread the Love

I recent survey by insure.com found some interesting and funny results when they surveyed people about what annoyed them on the road. Since my husband is forever voicing his opinion about FL drivers or any drivers for that matter I thought it would be fun to share.

Insure.com surveyed 2,000 licensed drivers about their opinions on annoying drivers and the habits that send their blood pressure through the roof. 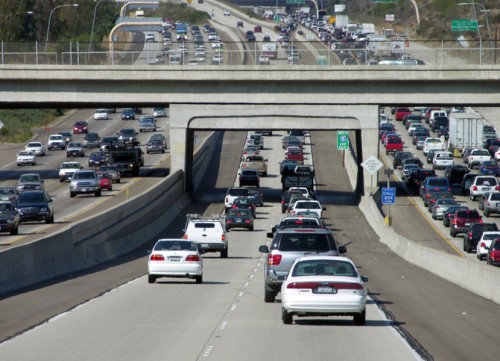 Who are the most annoying drivers?

When results for “my spouse” are looked at by gender, women were slightly more likely to choose “my husband” as annoying drivers (20 percent) than men were to choose their wives (16 percent).Write-in candidates for “other” varied widely, but “my sister” had the most write-in votes, coming in at over 10 percent of the “other” choices.

Survey respondents were asked to choose from 14 driving behaviors that made their pick “the most annoying.”  “Following others too closely” and “driving too fast” were the top selections for everyone, but mothers, fathers and wives were also criticized for “driving too slowly.”

The most annoying driving habits are:

“When we look at each ‘annoying behavior’ and who’s most likely to be guilty of it, we see that people have specific complaints against friends,” said Amy Danise, editorial director of Insure.com. “In addition to the usual speeding and following too closely, friends are most likely to be cutting off other drivers, fiddling with the radio/CD player, talking on the cellphone while driving, failing to signal and looking at passengers rather than the road while talking.”

I can’t stand it when…

When asked how they react to a person’s lousy driving, over half said they comment or yell, but plenty of others bite their tongues:

How do you react to annoying drivers?

Write-in responses for “other” reactions offered a range of strategies for getting from point A to point B.

Read the full article at http://www.insure.com/car-insurance/most-annoying-drivers.html

So if I polled you who do you consider the MOST ANNOYING driver?

Previous Post: « Free iCaughtSanta Code and Chance to Win an iPad Air
Next Post: A Special Message From the Man Up North »